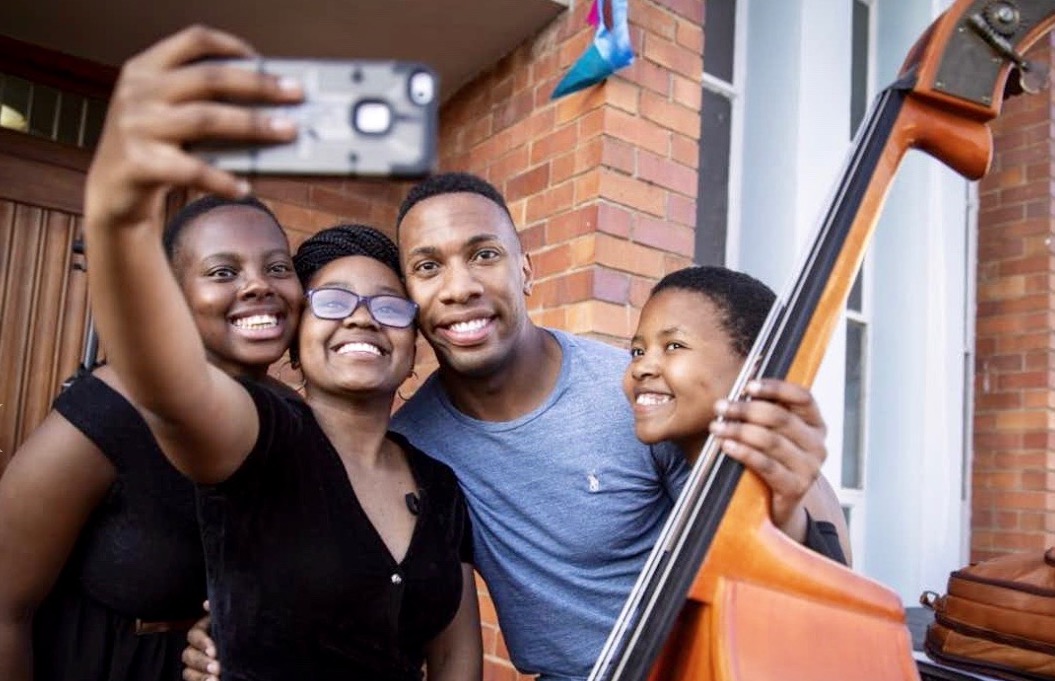 The Roderick Cox Music Initiative is a two-pronged effort inspired by conductor Roderick Cox’s unique and compelling story. The first part is the documentary film Conducting Life, co-produced by filmmaker Diane Moore and Kimberly Pellnat. The film tracks Roderick’s arduous journey from his childhood in Macon, Georgia into the rarefied and tradition-steeped world of orchestral conducting, underscoring the unique challenges people of color face in pursuing a career in classical music. The second part of the initiative is a program to nurture the next generation of musicians and conductors through 24 music scholarships granted over 3 years to underserved Twin Cities youth.

Roderick had a profound impact on the different communities in the Minneapolis/Saint Paul area and beyond, while serving as Minnesota Orchestras’ Associate and Assistant Conductor (2015–2108.) He is one of the few African-American conductors in the United States to have reached his level of prominence, and he is keenly aware that his story is part of the larger conversation about opening doors for minority artists. He is passionate about sharing his joy of music, believing deeply that music has the ability to bridge cultural divides. He also believes that he leads by example, showing young people that in working hard and reaching high you can achieve what seems impossible. 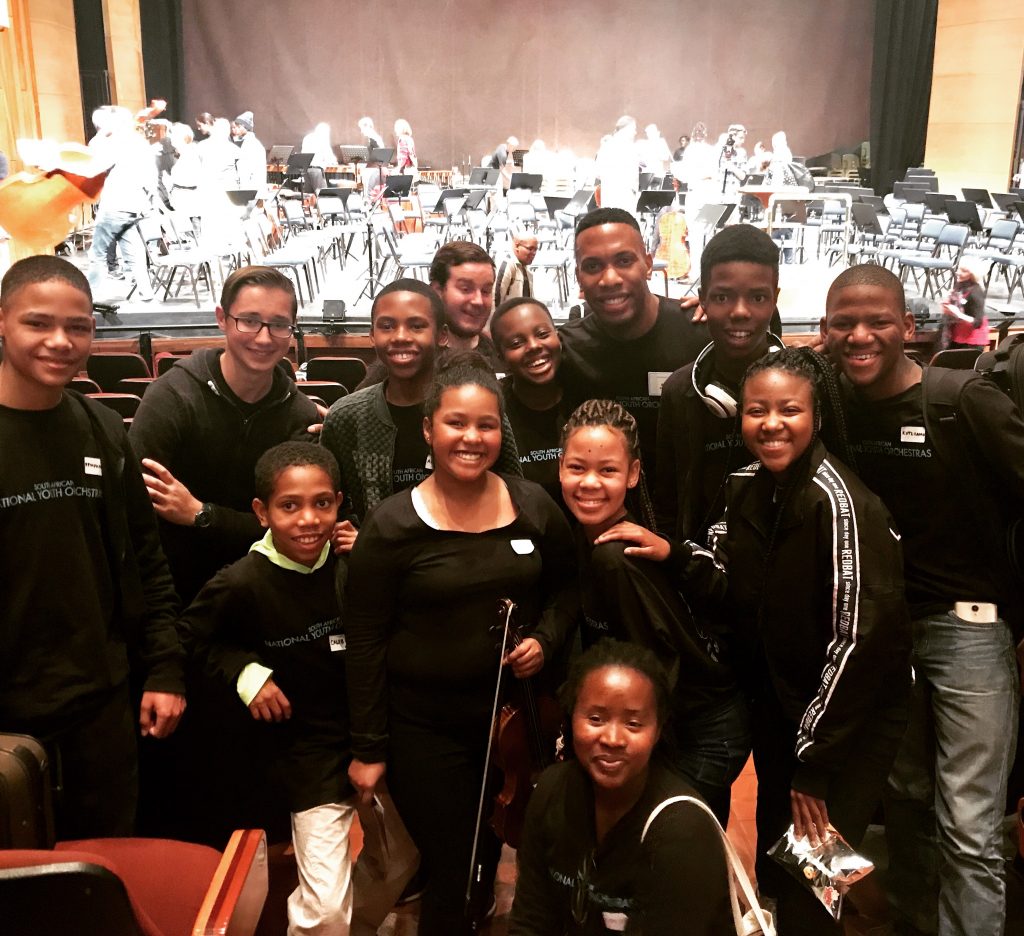 The 30-minute documentary Conducting Life follows Roderick Cox as he pursues the top position as the music director of a major orchestra. Along the way his courage, resilience, and faith in himself are tested as he faces intense competition for the few sought after positions. In this intimate portrait, Conducting Life explores Roderick’s talent and passion for music, his struggles and successes, his dogged determination, and the transformative power of music that propels him forward despite incredible odds. Through his example and his work, Roderick shows us that through music we can all speak the same language.

Roderick Cox’s journey to the concert stage has been anything but typical. Born and raised in Macon Georgia, he fell in love with music as a child listening to his mother sing with the church choir. With no money for music lessons, Roderick taught himself to play the piano at age 5, the drums at age 9, and the French horn in secondary school, winning talent shows throughout his youth. Roderick set his sights on teaching and becoming a bandleader, but midway through graduate school at Northwestern University in Chicago, a new fire awakened in him—a passion for conducting.

As Roderick advanced towards the world of professional music, doubt began to push against his resolve. Despite his exceptional talent, he wondered if he had what it takes to succeed? It was after graduation, and a year filled with rejections, that he truly understood the challenges that lay ahead. Positions for conductors in professional orchestras are far scarcer than seats for musicians. And the classical music community is behind in their efforts to achieve greater racial diversity. 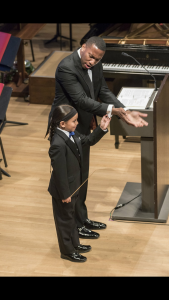 Conducting Life follows Roderick on his improbable journey to the heights of the orchestral world. Along the way we’ll discover the creative process a conductor goes through to take a piece of music from the page to rehearsal to performance. The story will be told through in-depth interviews with Roderick and those who have shaped and influenced his career; it will be illustrated with archival photos and footage of his youth and college years, verité video coverage of rehearsals, concerts, behind the scenes of the orchestra, and Roderick’s musical practice.

Roderick’s first big break was as Assistant Conductor of the Alabama Symphony Orchestra. From there he was accepted to the prestigious Aspen Music Festival & School, where footage captures him practicing for the Robert J. Harth Conducting Prize, which he was awarded and led to a conducting fellowship and national recognition. After Aspen, Roderick was invited to join the groundbreaking Project Inclusion Conducting Fellowship with the Chicago Sinfonietta, a professional orchestra focused on promoting diversity and inclusion. Then, in 2015, the camera follows Roderick as he arrives in Minneapolis for what will be a transformative opportunity. We see him prepare for his audition as assistant conductor with the Minnesota Orchestra, a coveted position that he won with accolades. From the moment he made his acclaimed debut as Associate Conductor, Roderick was making waves. A performance video of him conducting Tchaikovsky’s Symphony No. 4 went viral, reaching over 8 million viewers.

There are numerous high points for both Roderick and the Minnesota Orchestra in 2017, which include Roderick’s two successful subscription concerts, showcasing his musicality, and the Send Me Hope concert, a collaboration of the Orchestra with local singers and African American church choirs. The rehearsal and live performances for these performances were filmed for the documentary. The Send Me Hope concert’s message of unity, healing, and inspiration was moving, and the performance demonstrated the power of music to connect people of different traditions and backgrounds.

Roderick’s tenure with Minnesota ended in 2018, but the impact of his time there still resonates. For Roderick, his experience with this world-class orchestra and support from the musicians and management helped hone his skills, making possible his further advancement. For Minnesota, Roderick brought his artistry to the Orchestra and in the process promoted the importance of inclusion and of expanding the orchestra’s reach into new communities.

Roderick’s star has continued to rise. He won the 2018 Sir Georg Solti Conducting Prize, one of the most prestigious awards for young conductors, and he was chosen as one of four participants for the highly selective Daniele Gatti Masterclass with the Royal Concertgebouw Orchestra in Amsterdam. He is currently living in Berlin and guest conducting around the world. Final filming for the documentary will follow Roderick into the next phase of his adventure—still to be determined—perhaps guest conducting or maybe even auditioning for and achieving his dream job as music director of a major orchestra.

I set out on this journey to make great music with great artists. I realized no matter what happens, I know my purpose in life. There’s no turning back. – Roderick Cox

At this moment in our country’s history, as we reckon with the inequities of race, class and ethnicity, there are renewed efforts to confront injustice and foster inclusion. Through Roderick’s story, we shine a light on the challenges facing minority musicians and ask what the classical music community is doing to increase opportunities and to achieve diversity and equity. Roderick’s passion for music, his hard work, and single-minded focus also provide a strong message for both young and adult audiences. His presence on the podium is a transcendent moment for youth attending one of his concerts; Roderick’s achievements give hope to young musicians, inspiring them to pursue their dreams in the arts.

Learning how to play an instrument is an expensive endeavor. The average new instrument can cost between $1,500-$5,000. This does not include the cost of music lessons and on-going instrument maintenance. For many kids of color who have an interest in music, the cost can be prohibitive. Providing scholarship funds eases the financial burden for qualifying families. The Otis Redding Foundation granted Roderick a scholarship for his first instrument, and now the Roderick Cox Music Initiative is aiming to pay it forward by granting scholarships to tomorrow’s leaders.