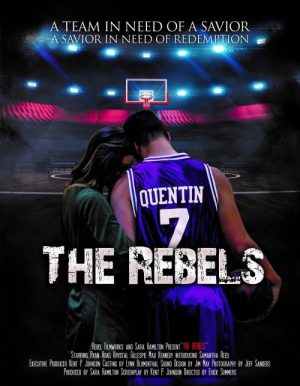 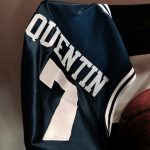 Johnny Quentin is a basketball phenom growing up in Rochester, MN. He’s destined for stardom; he knows it and everyone who recognizes basketball talent knows it. He’s got that rare combination of charisma and confidence. Johnny has become a legend-in-the-making and he has the world on a string. Then, in the biggest game of his life, as he’s leading his college team to the brink of their first ever NCAA Tournament bid, disaster strikes. When a critical, game-changing call goes against him, Johnny lashes out at a ref, severely injuring him. A media storm engulfs him, and The NCAA banishes him. The NBA feeling the heat follows suit. In an instant, Johnny’s life as he knows it ends. Countless hours of sweat, sacrifice and dreams are swept away in a flash.

Fast-forward 14 years and the struggling semi-pro Rochester Rebels have one last hope of survival; Johnny Quentin. Knowing one another from yesteryear, the owner of the Rebels reaches out to Johnny. Each has one last shot at glory, at redemption. For Johnny, it won’t be easy after all this time and the memory of how he threw his future away haunts him. So much history and so many unexpected twists, but with the right amount of heart, moxie and luck, there’s still a chance. Older, but savvier, Johnny rolls the dice.

Will the town embrace their fallen hero? Can Johnny turn back the hands of time to recapture the magic he once had? Can he really, truly come back home?

With a band of misfit basketball players on one side, his faithful dog on the other, Johnny starts the journey to set things right.

What could possibly go wrong?

Where to find us:

Why contribute to “The Rebels”?

Grab a tub of popcorn, a bucket of soda, find one of those cozy movie seats and get ready for a blast! I wrote this screenplay because it’s a movie I would love to watch. It’s that simple. It has it all; action, a love interest, conflict, drama, some fisticuffs and some laughs. Heck, it even has a dog! Oh, by the way, the opening scenes will knock your socks off!

This movie is designed for theatrical release where you can cheer for the hero, boo the bad guys and root for the underdog. Were you on the edge of your seat at the end of “Rocky”? How much did you want Jimmy to make that last shot in “Hoosiers”? Did you watch in wonder when Robert Redford beat the odds in “The Natural” and the lights exploded in celebration as he hit the winning homerun? If you just smiled and nodded your head, then this is why you should contribute to “The Rebels”.

What is my contribution being used for?

Our feature film project is actually divided into three (3) phases:

The actual feature film is budgeted at $1.5M, but we have a lot to do before we get to the primary shooting. The first step is getting initial funding for our Developmental Package.

The Developmental Package will allow us to shoot a professional promo trailer, help us develop our web site & crowdfunding site, hire a script doctor and create a legal entity for the film project. This phase allows us to deliver a polished pitch kit to prospective financial supporters. 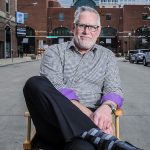 Kent is our team’s Writer and Executive Producer
Kent has written three full-length screenplays and was the Executive Producer on the well-received short-film, “H-E-N-R-Y.” He created Rebel Filmworks in 2000 – the intent to cultivate and develop local Minnesota talent to produce the highest quality feature-length films without the typical restraints associated with studio production films.

Sara is our Producer and Business Development Director
Sara is an award-winning film producer, marketing executive and business development consultant with more than 25 years of experience managing diverse and challenging projects, teams and client relationships for companies around the world. Born and raised in Chicago, Sara currently lives in Rochester, where her husband is the facial plastic surgeon for Mayo Clinic. 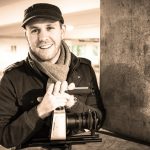 Jim is our sound designer/composer
Jim has extensive experience in recording and post-production audio for film and TV, mixing spots for television and radio, and creating sound design and original music for motion pictures and commercials. An award-winning composer, Jim has also served as producer, recordist, arranger, mixer, editor and mastering engineer on a wide variety of albums.