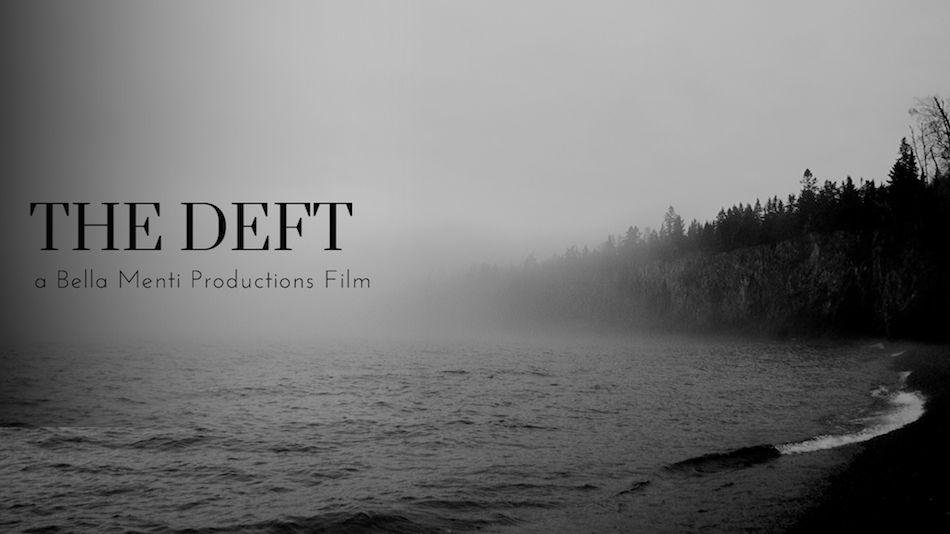 A brother and sister named Zach and Esther both struggle with years of emotional wounds and trauma about a year after their father’s untimely death. Matters are made worse when Zach’s old friend Carter moves back to the city, widening the rift between the siblings.

The Deft is a short film that will be shot on location at the home where Sinclair Lewis lived in Duluth, Minnesota in December 2019 over a three-day period. The film takes a spin on the psychological thriller genre by giving a powerful narrative to female characters and letting them be the villains of the story. As a female writer and director, I offer a fresh perspective by combining complex characters and suspenseful pacing while also offering a captivating story.

This film touches to the heart of sibling bonds fractured by tragedy and betrayal. The characters’ flaws may seem extraordinary yet they will be covered in a way that feels real and accessible instantly drawing you in, setting the stage for something compelling and relatable.

Filled with plot twists it will leave the audience wondering what’s happening as it follows the main characters, a brother and sister named Zach and Esther. Both siblings struggle after the death of their father but in very different ways, causing a rift between them. Things take an interesting turn when an old friend of Zach’s re-enters his life and starts to make him wonder if his sister is up to no good.

E.N. Reynolds is an emerging filmmaker that learned production from a 40-year Film and TV veteran in Sacramento, CA that took her on every freelance job that came their way starting her as a Production Assistant, Lighting Assistant, and Playback Services assistant. She took ten years off to raise her daughter with special needs before Writing and Producing her first short film Good & Truly in 2018; which has won 5 awards and been nominated for several more at various film festivals. She is currently Producing two short films, Executive Produced two short films currently in post-production, and is in pre-production on a Web Series, a TV Pilot, a Documentary and writing her first Feature Film for 2020.