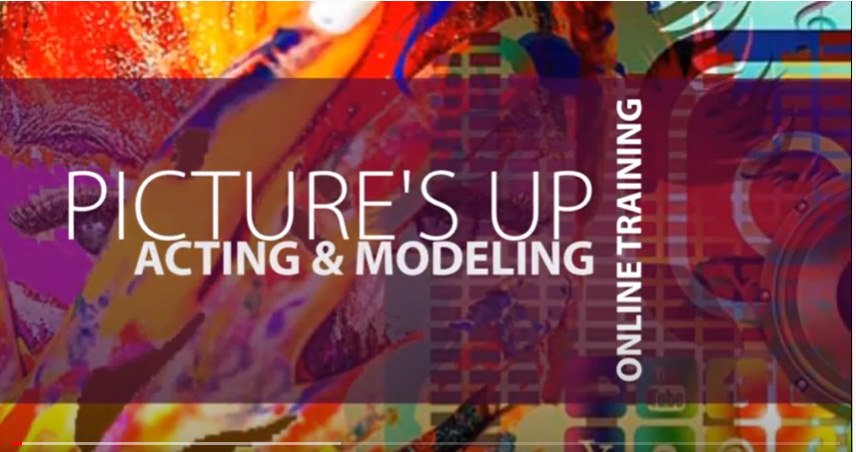 Picture’s Up Academy is proposing to present a membership based, self-paced, non-linear, online video-based curriculum for students wanting to learn more about the acting, modeling and fashion business.

Picture’s Up is a key term that crew members say on set.  It’s phrase to signal and alert the cast and crew on set that cameras are almost set to start to roll and shoot an actual take. We chose Picture’s Up as the name of this class because we thought it was apropos. Why? Because both models and actors alike have to be ready when the camera is ready to roll.  And there’s a lot more than a smile that goes into that. Picture’s Up is an online acting and modeling curriculum.

We are living in an extraordinary and unprecedented time.  The film and television industry is about having a voice and telling our stories.  Producers, directors and commercial clients need people to tell those stories.  Picture’s Up gives a diverse group of performers the tools not only to do that, but to build viable careers.

Valerie Rose is an award-winning actor, producer, director, screenwriter, model/ voice over talent , author, and the CEO and founder of Roses Are READ Productions LLC and Picture’s Up Academy, LLC,  Rose served for seven years as Editor-in-Chief for Inside Region 3, a U.S. government publication.  She has authored a number of books including Cappuccino in the Winter, The Family Reunion Is Not a Real Vacation (featuring The Triangleheads), Dream Your Dream: Getting Your Writing Out There! and the Minnesota Book Award nominee, You Better Recognize!  A Spiritual Guide Because Life’s a Trip!

Rose is an Atlanta Acting Awards recipient and has appeared in a number of films including, Black, Dear White People, Tuscaloosa, and The Hunter, among others. She has also worked in television, appearing in ABC’s In An Instant,  Oprah’s Greenleaf, Dynasty, Star, Chicago P.D. and The Chi, among others. Rose is an Eckhart Tolle scholarship winner and she was also a principal actor in the 2018 Emmy nominated, Grandbaby, produced by Josh Mundahl. Rose was also principal talent in “Find the Prince in You” from Paisley Park.

Rose is also the creative concept developer and producer for Hope Sessions, The Pink Visitor, The Triangleheads, and City Solace, among others. She also produced Just Escape, which aired on Minneapolis Television Network. Her films have screened at festivals nationally and around the world,  including, NewFilmmakers New York,  Colorado Front Range, Cittadella Geo, The Twin Cities Black Film Festival, Diversity Film and Script Showcase,  Indiewise, and The Fifty 50 at the Theatres at the Mall of America (MOA).  Her films are award winning films.  At the Fifty 50, her film, The Pink Visitor garnered the Best Actress Award.  Her first documentary, Hope Sessions, was runner up for Best Picture and won Best Sound and Best Trailer. In the development of these projects, Rose wore many hats including executive producer, producer, director, casting director, cast member and screenwriter. Her films are in international distribution with Vuulr. Rose’s last film was selected for inclusion in the 2020 Cannes Short Film Festival.

Rose graduated with a B.S. from the School of Engineering and Applied Sciences at the University of Wisconsin-Milwaukee where she majored in Computer Science and minored in Management Information Systems.

Learn more about Valerie Rose via her website at valerierosetalent.com or in her personal introduction.