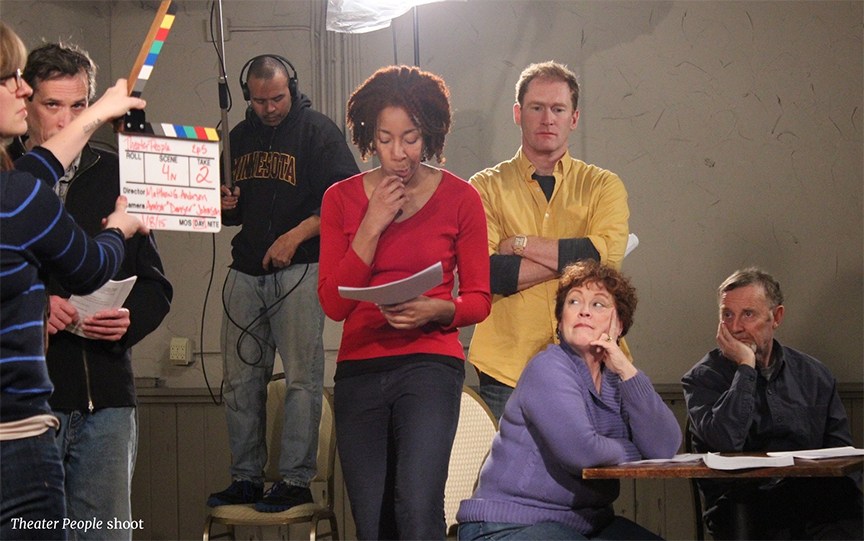 The growing popularity of original web content has led to a modern filmmaking revolution with award-winning writer/director Matthew G. Anderson, creator of the hit web comedy Theater People, leading the way. From dramas to comedies to documentaries, the web series landscape is the most exciting place to be for storytellers of any experience level or budget size. This workshop provides an overview of web series from creation and production to marketing and distribution, placing filmmakers in a position to deliver their own shows to audiences around the world.

Via discussion and screenings of selected web episodes, the class covers topics such as getting your idea web-ready, deciding on a format, shooting for the web, finding a home for your show, and building an audience. Whether you’re looking to generate a new idea, develop an idea you already have, or just explore the possibilities, you’ll walk away with all the information you need to create your own successful original series.

NOTE: Participation in this online course requires that you use the free Zoom cloud-based video conferencing service. For optimal performance it is highly recommended that you install Zoom on your computer rather than running it from a web browser. A few days prior to the class start date we’ll e-mail you the link and ID code needed to access this class on Zoom. Your instructor will be provided a student roster to take attendance. Click here for a tutorial on how to join a Zoom meeting and much more.

Matthew G. Anderson is a screenwriter and filmmaker whose work has included spec scripts for Hollywood producers, no-budget independent short films, and most things in between. He is probably best known for creating Theater People, one of the most acclaimed and longest running independent web series in the country. An Official Selection at more than two dozen international film festivals, Theater People has received numerous awards including, most recently, Best Screenplay at Russia’s Realist Web Fest. Matthew is the director of former FilmNorth Web 101 student Alan W. Porter’s web series Fallin’ Off, which has been selected for numerous festivals from New Jersey to New Zealand. He is currently in post-production on the pilot for a fifth season of Theater People.