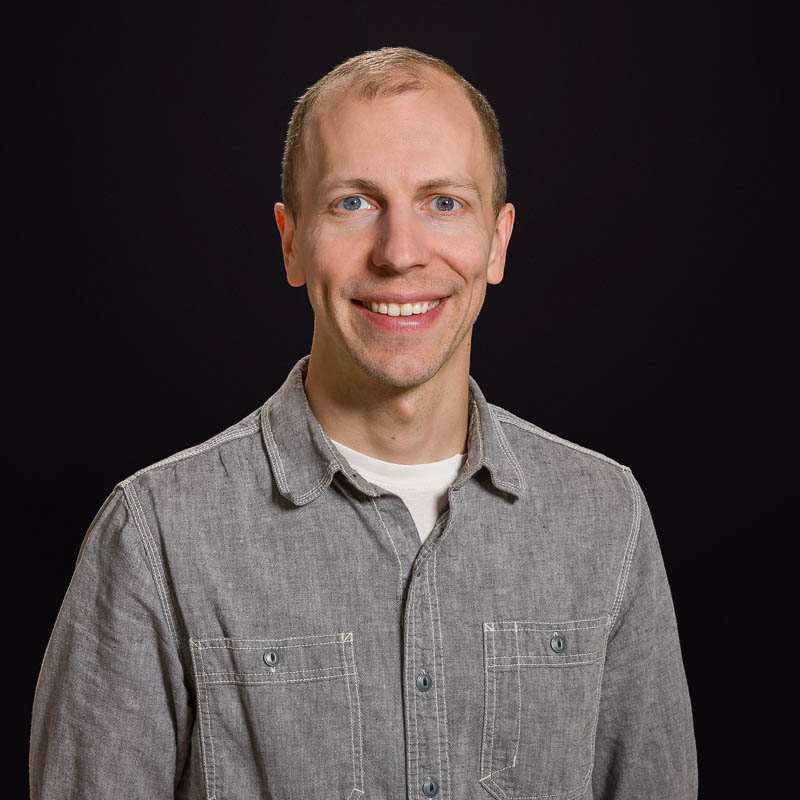 Max Becker is FilmNorth’s Director of Technical & Facilities Operations and has been with the organization since 2008. He studied Filmmaking at The Minneapolis College of Art & Design and co-founded Northern Outpost Media, a production company that started as an online web series focusing on the Twin Cities music scene and expanded to produce numerous music videos for local and national artists. Outside of his work in film, Max is an avid cyclist, musician, and home remodeler. 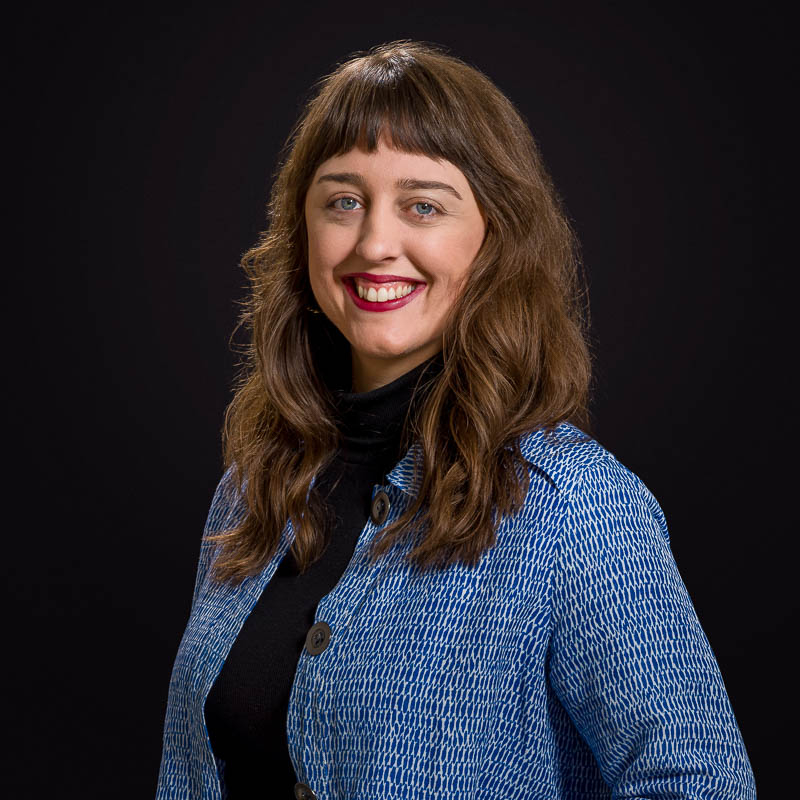 Emily Downes is the Youth Programs Manager at FilmNorth where she coordinates the vibrant after-school video production program, JuiceMedia, as well as the annual summer camps, in-school filmmaking residencies and youth internships. She has over 8 years of youth media and film production mentorship experience and is committed to advancing FilmNorth’s mission by sharing her passion for digital media arts with all ages while collaborating with local artists to build a strong and vibrant community. Driven by the power of storytelling, Emily is an artist and filmmaker who has made several experimental narratives, documentaries and animations. She holds both a BFA and MFA in Film, Video, Animation and New Genres from the University of Wisconsin-Milwaukee. 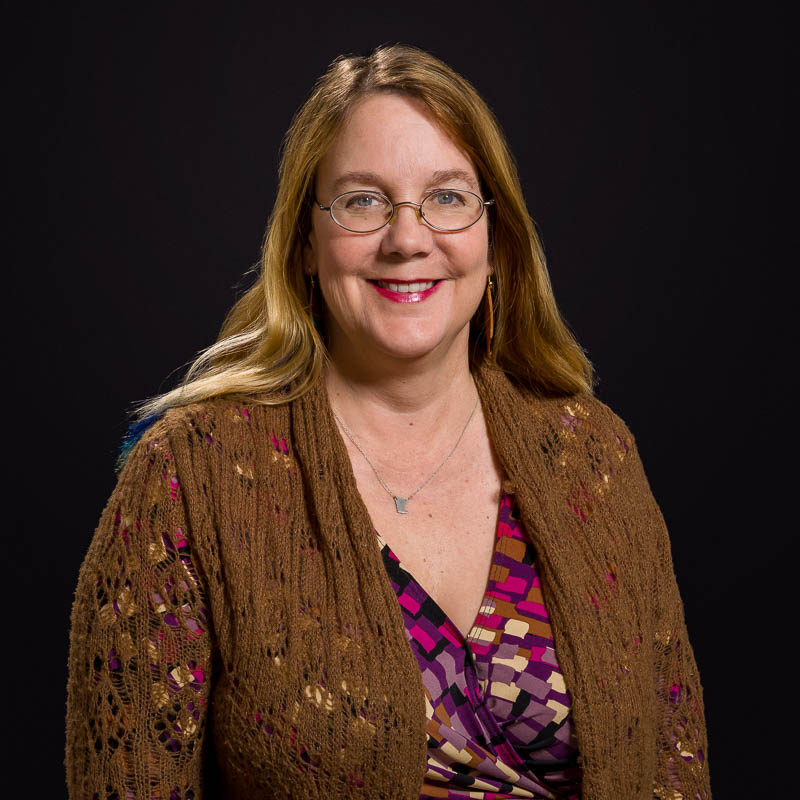 Bethany Gladhill joined FilmNorth as the Interim Business Director in 2012…and at some point noticed that the word “Interim” had fallen off of her title. She joined FilmNorth after almost 20 years in theater management (including at Theatre de la Jeune Lune, the Jungles and Nautilus Music Theater) and several years of consulting. She has her BA in Drama and English from Tufts University, and her MA in Historic Preservation from Goucher College. Bethany handles FilmNorth’s finance and HR needs, as well as the Fiscal Sponsorship program, which currently has over fifty active projects. A part-time employee, she also consults with a number of other organizations (ranging from circuses to labor unions, think tanks to theaters) in nonprofit management, as well as in evaluation, strategic planning, and access — all skillsets that come to play in her work with the FilmNorth team. That said, she has especially enjoyed learning about the unique complexities of the film world, and hopes to never stop learning!

Cait McCluskie serves as the CTEP Youth Instructor for the 2020-2021 year. She works primarily with the JuiceMedia program where she helps high school students cultivate their filmmaking skills in areas such as directing, screenwriting, editing, and more. Her previous artistic endeavors have included film projects in the documentary and horror genres as well as theater experience in acting, directing, stage managing, and lighting. Cait recently earned her Bachelor’s Degree in Theater and Film Studies from St. Olaf College. 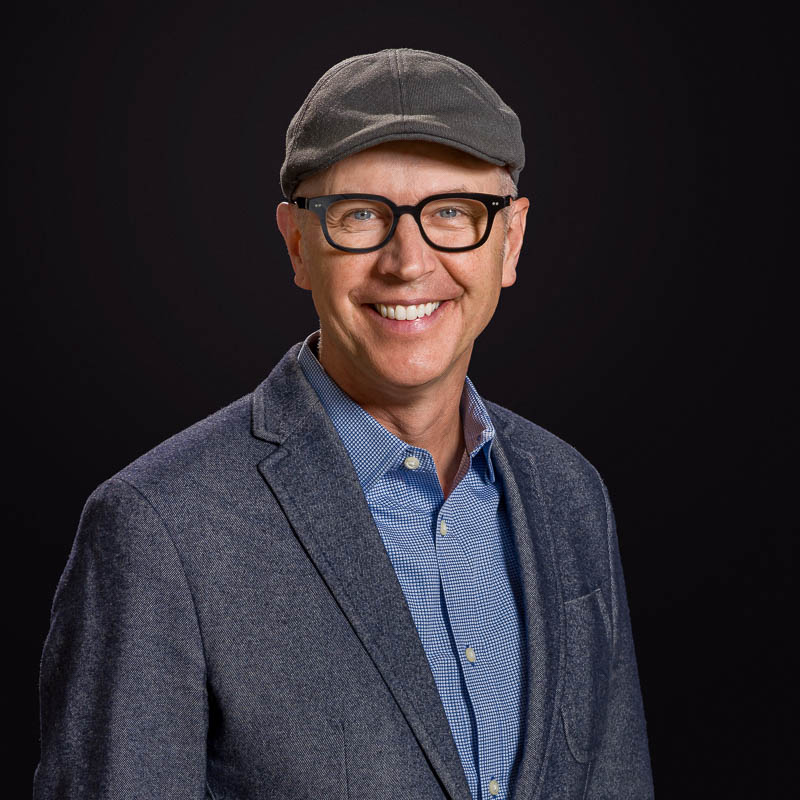 Eric Mueller oversees the McKnight Fellowships for Media Artists program at FilmNorth. He has worked in the Twin Cities as a filmmaker, producer, and photographer for 30 years. As a filmmaker he has received funding from the National Endowment for the Arts, the American Film Institute, the Bush Foundation, the Jerome Foundation, and the Minnesota State Arts Board. His 1993 feature film, World and Time Enough, won Best Picture at Frameline’s San Francisco Gay and Lesbian Film Festival, and is distributed by Strand Releasing. As a producer, he worked at Motion504, Splice, Gasket Studios, and HDMG; he was also director of production for the Minnesota Film Board from 1999-2001. As a photographer, his work has shown in multiple group shows, including the Plains Art Museum, The Midwest Center for Photography, Head On Photo Festival, and the Columbus Museum of Art. His first photography book, Family Resemblance, will be published by Daylight Books in May of 2020. 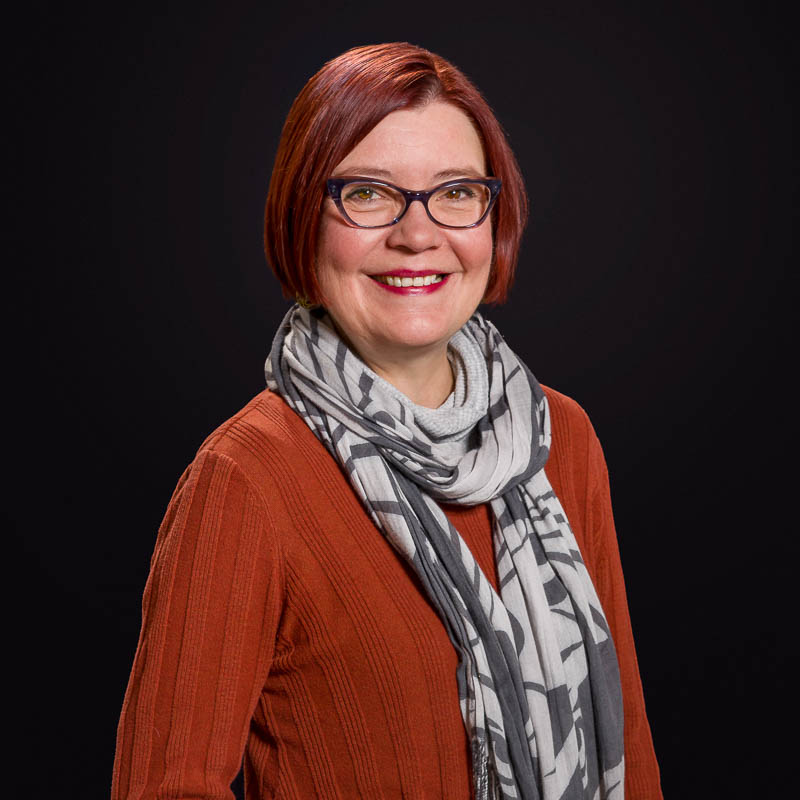 Nancy Paul has served as FilmNorth’s Development Director since 2014. Working with the Board of Directors and staff, Nancy oversees fundraising and grant management for the organization, including researching new funding prospects, identifying sustainable programming, and grant writing and reporting. She has 20 years of experience in nonprofit development and administration. Former positions include the Volunteer Coordinator for the Minnesota AIDS Project (now Justus Health) and the Program and Development Associate for the Mental Health Association of Minnesota (now Mental Health Minnesota). Nancy has a background in theatre as an actress, director, playwright, and former Board Member of Four Humors Theater in Minneapolis. She holds a BA in Theatre (Acting and Directing) from the College of Fine Arts at Illinois State University in Normal, IL. 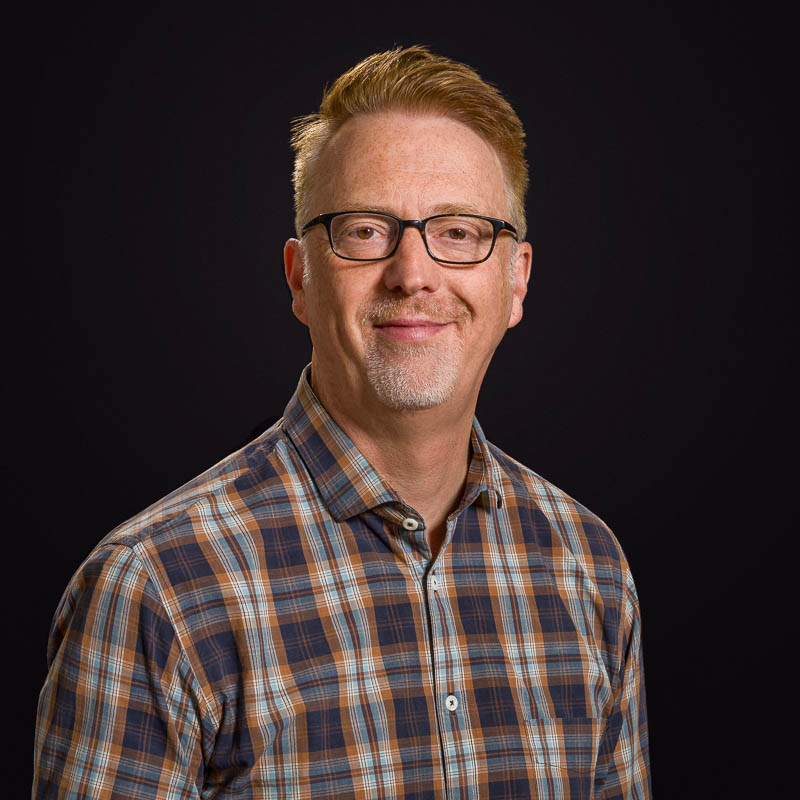 Andrew Peterson is the Executive Director of FilmNorth, the leading filmmaker support organization in the Upper Midwest. He also serves as Director of Programming for the Provincetown International Film Festival, a position he’s held since 2006. From 2008-2012 Andrew served as Vice President of Production for Werc Werk Works, an independent film production and finance company, where he co-produced the feature films Howl (Sundance Opening Night 2010), Life During Wartime (Venice, Toronto, New York 2009), Thin Ice (Sundance 2011), and Darling Companion (Sony Pictures Classics, 2011). His other producing credits include World and Time Enough, Older Than America and the segment “This Car Up” for Boys Life 4: Four Play. Andrew holds an MFA from New York University Graduate Film School, where he was named Best Director and Best Screenwriter, and has taught filmmaking at Macalester and Middlebury Colleges. He regularly consults independent films and film festivals. 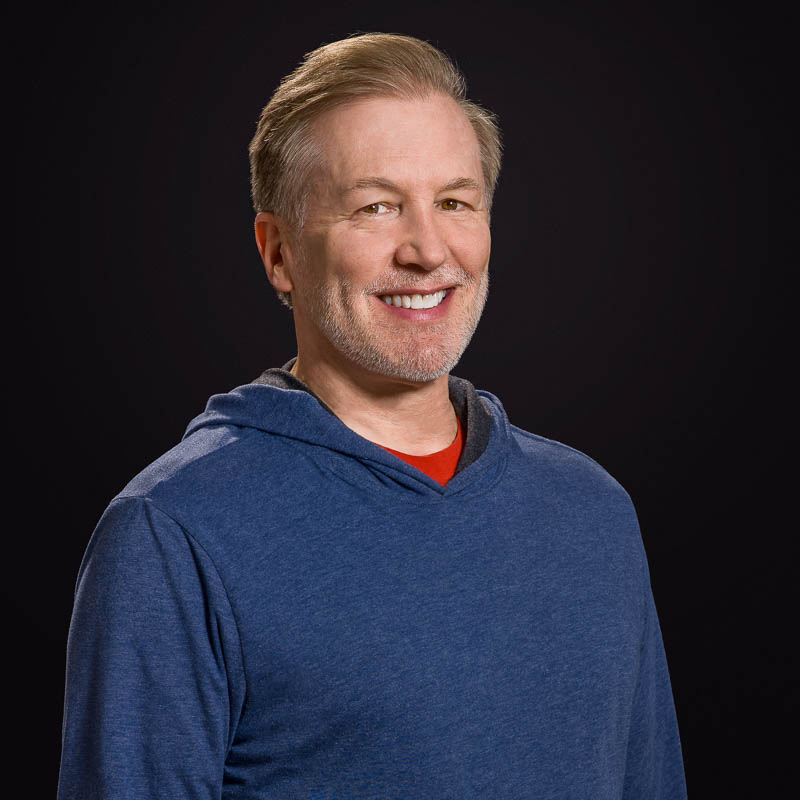 Reilly Tillman has served as FilmNorth’s Education Director since 2002, coordinating up to 100 classes and workshops annually in screenwriting, film production, editing, animation, and photography. He also administers a variety of innovative educational programs for FilmNorth including Stories 55 (a filmmaking program for older adults), film production classes for persons with disabilities (in collaboration with the Courage Kenny Institute), and a film arts learning series for underrepresented communities, funded by the Minnesota State Arts Board. He also helps coordinate FilmNorth’s annual Forum, the region’s premier filmmaking conference. In 2012 Reilly began serving as FilmNorth’s Deputy Director, continuing to serve as Education Director. He holds a BA in Communications (Radio-TV-Film) from the University of Wisconsin-Madison and is a documentary filmmaker. A lifelong musician (vocalist and horn player), Reilly has performed for many years as a member of the Minnesota Chorale and Minnesota Brass Drum and Bugle Corps. 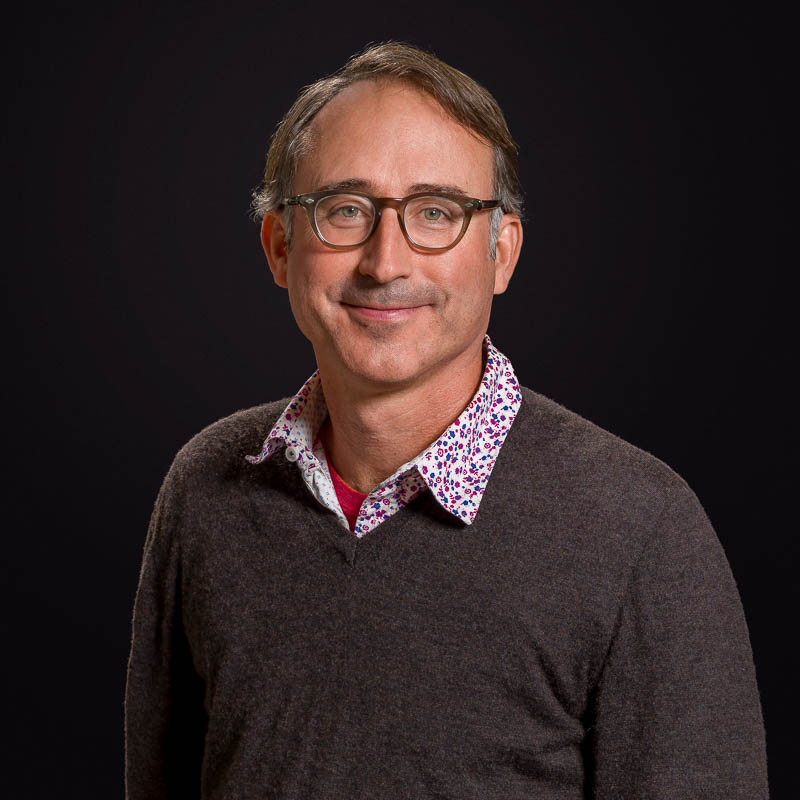 Deacon Warner has led youth programming at FilmNorth since 2007.  As Youth Programs Director, he expanded youth programming to include after school programming, summer camps, in-school residencies and professional opportunities.  Deacon also oversees the Twin Cities Young Filmmaker Coalition,  a student-led network of college-age filmmakers, and is lead instructor for FilmNorth Academy, a summer institute for students pursuing a career in film.  As an independent filmmaker, he has produced and directed a number of short documentaries including the award winning Bee-Sharp Honeybee and Peaceful Warriors: on the road with Vets for Peace.  He is currently completing post-production on his first feature documentary, The Co-op Wars.  Before working at FilmNorth, Deacon was a social studies teacher at North High in Minneapolis and founder of the Polar Producers after-school documentary team. 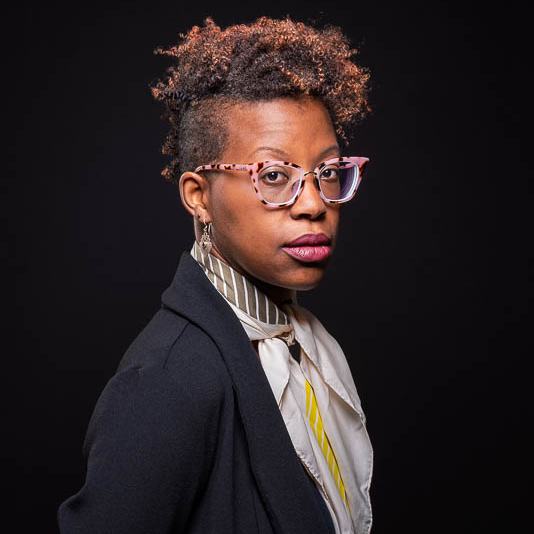 Valérie Déus (Programmer) Valérie Déus is a poet and film curator. Her work has been featured in The Brooklyn Rail, Midway, Aforementioned Productions, the St. Paul Almanac, and most recently in The BeZine. Her chapbook, Skull-Filled Sun, is available on Amazon. When she’s not writing, she hosts Project 35, a local low-fi radio show featuring music from all over the diaspora and poetry. She curates FilmNorth’s Cinema Lounge and is the Shorts Programmer for the Provincetown International Film Festival. 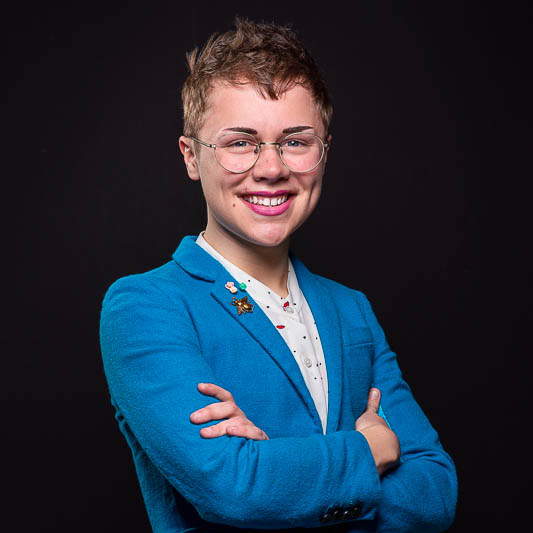 Merit Thursday (Host) is a filmmaker, arts organizer, and avid hobbyist. They are an award-winning experimental filmmaker in the Twin Cities, and was awarded the Audience Award from Altered Esthetics. Merit founded, curates, and hosts a film screening series called Video Variant, which exclusively supports the work of LGBTQIA+ filmmakers in the Twin Cities and metro area. They teach media to a variety of age groups and in a variety of contexts, and are a current COMPAS teaching artist. They are an insatiable biker, baker, and dog lover.