Michael Starrbury most recently co-wrote the final episode of Ava DuVernay’s limited series WHEN THEY SEE US with her, which earned him his first Emmy nomination for writing (the series was nominated 16 times). The two are also currently adapting THE BATTLE OF VERSAILLES at HBO Films. Michael is currently writing an action-comedy at New Line for Jermaine Fowler and Lil Rel, and a Robert Smalls biopic for Participant Media. Previously, he was an Independent Spirit Award nominee for writing the Sundance hit THE INEVITABLE DEFEAT OF MISTER AND PETE which sold to Lionsgate, and also co-created the Comedy Central series THE LEGENDS OF CHAMBERLAIN HEIGHTS, which ran for 2 seasons. 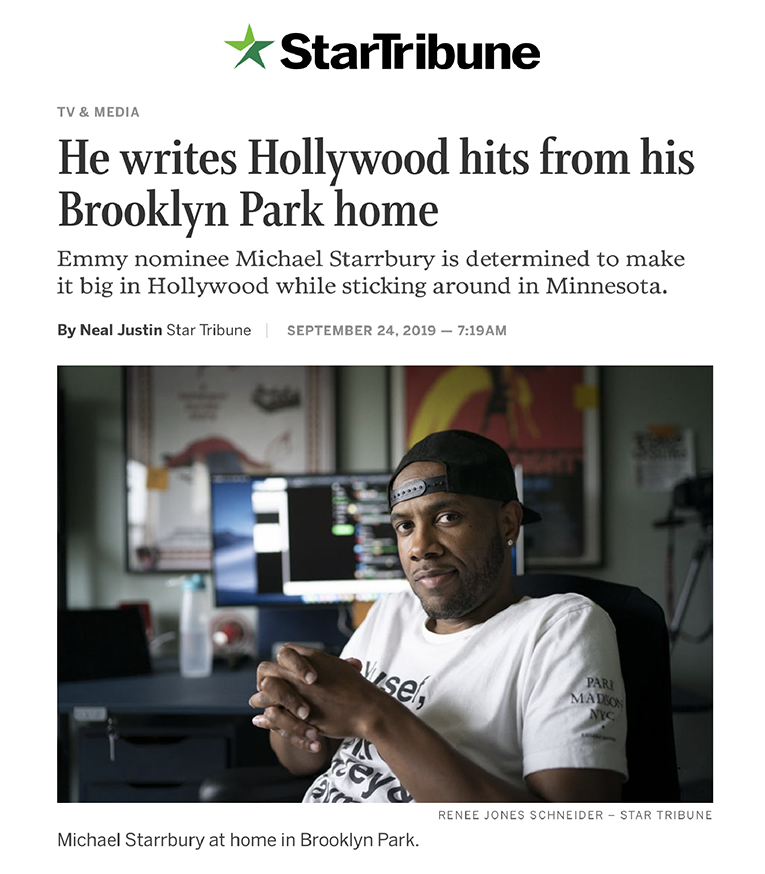