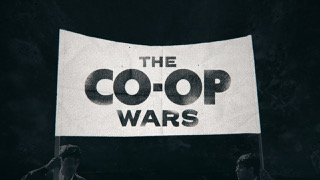 The Co-op Wars explores the origins and future of the American natural food movement by uncovering the drama behind its most dynamic center: the food cooperatives of the Twin Cities of Minnesota.

Today, Minneapolis/St. Paul boasts the strongest local food scene in the US, bolstered by the country’s largest co-op network. But how was this network created? The Co-op Wars tells the story of the inexperienced young people who tried to build an alternative to the capitalist order, the violent struggle that almost tore them apart, and their eventual success in ways they never foresaw.

It’s a tale of hippies and draft resisters, Black Panthers and organic farmers, and a takeover attempt by a secretive Marxist organization, setting in motion a debate over race, class, health and democracy. The Co-op Wars connects this history with the food activists of today, who are again trying to create a food system that is healthy, ecological and just for all.